Poll: Majority of American Adults Think Trump, Biden Are Both Unfit to Serve in Public Office 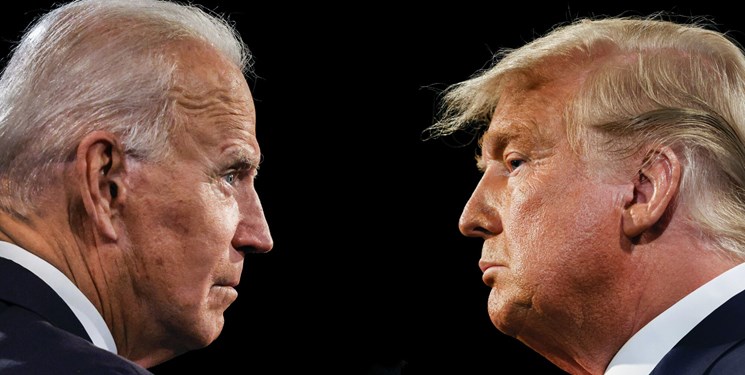 TEHRAN (FNA)- The majority of American adults feel that both President Joe Biden and former President Donald Trump are unfit to serve in public office at the moment, a new Insider/Morning Consult poll shows.

The survey, conducted in early September, revealed that nearly six in 10 American adults felt that Biden was either "somewhat unfit" or "very unfit" to serve in public office right now. Nearly as many felt the same about Trump, The Business Insider reported.

Both Trump and Biden have faced repeated questions regarding their physical and mental health, especially as 2024 approaches and both are considering presidential runs. Either Biden or Trump would occupy the White House well into their 80s if elected for a second term.

Despite being 77 years old when he was campaigning and 78 years old at the time of his inauguration, Democratic voters didn't much care about Biden's age at the time, said Cameron Easley, managing editor at Morning Consult. He told Insider that Democrats were ultimately looking for a candidate they thought could best beat Trump.

"We saw in 2020 in the lead up to the primary, the most important thing to Democratic primary voters was electability, the concerns were pretty low about somebody being too old or too young to serve in office," Easley said.

In the survey, Republicans and Democrats were both willing to admonish politicians from their own party and say they're unfit for office.

Among Republicans, Sen. Mitch McConnell of Kentucky was not beloved by self-identified GOP supporters in the poll. About half of them said that McConnell was either "somewhat unfit" or "very unfit" to serve in public office right now.

Politicians in their 30s and 40s generally fared better, with a strong majority of poll respondents saying that Democratic Rep. Alexandria Ocasio-Cortez of New York, Democratic Transportation Secretary Pete Buttigieg, and Republican Gov. Ron DeSantis of Florida were fit to serve, or that they had no opinion about their fitness to serve.

Rep. Liz Cheney of Wyoming's results proved particularly curious. Among Republicans surveyed, 44% said they think she's "unfit" to serve. Democrats, however, felt the opposite, as a majority of Democratic survey-takers said she's fit for office.

Cheney has faced rampant criticism from members of her own party for voting to impeach Trump and for her role as the vice chair of the Select Committee to Investigate the January 6th Attack on the United States Capitol.

Among Democrats surveyed, 45% said House Speaker Nancy Pelosi is either "somewhat" or "very" unfit for office.

Forty-four percent also said the same about former presidential hopeful Hillary Clinton, who narrowly lost the presidency to Trump in 2016.