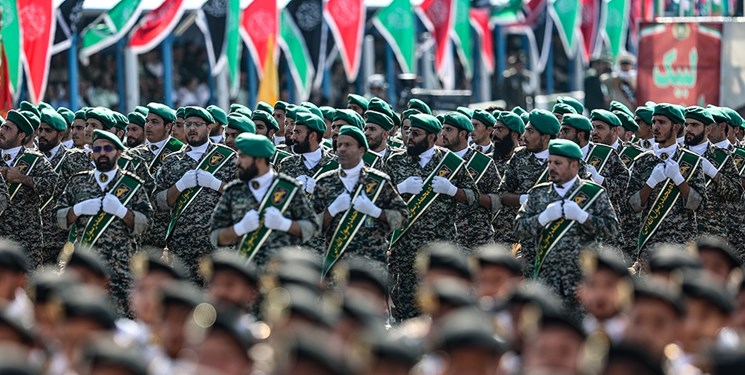 TEHRAN (FNA)- The Iranian Armed Forces began military parades across the country on Thursday at the start of the Sacred Defense Week, which marks the 8 years of the Iraqi imposed war on Iran in 1980s.

The Sacred Defense Week, commemorating Iranians' sacrifices during the 8 years of Iraqi imposed war on Iran in 1980s, officially started on Thursday with nationwide parades by various units of the Islamic Republic Army, Islamic Revolution Guards Corps (IRGC) and Basij (volunteer) forces in Tehran and other cities across the country.

Different units of Iran's military forces marched in uniform before top Army and IRGC commanders in a show of military might and defensive power.

The ceremony was participated by senior military and government officials as well as foreign diplomats, military attaches and reporters.

In Tehran, the ceremony took place at the mausoleum of the Founder of the Islamic Republic, the Late Imam Khomeini, South of the capital.

The latest military and defense achievements made by the Iranian experts were put on display at the parade.

September 22 is the start of the Sacred Defense Week in Iran which marks the anniversary of the beginning of Iraq's imposed war against the country in 1980.

Iranian military officials underline the armed forces' full readiness to confront and thwart enemies' plots and aggressive moves, and stressed that the Sacred Defense proved that Tehran can overcome problems and difficulties against the hostile powers.