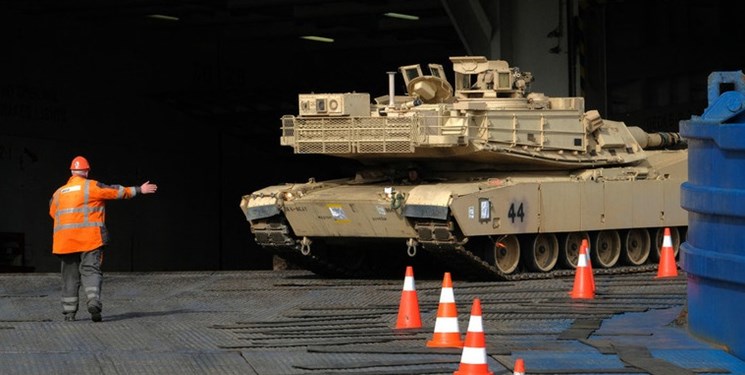 TEHRAN (FNA)- The West is “dragging its feet” on deliveries of high-end battle tanks to Ukraine amid the conflict with Russia, POLITICO reported on Thursday. According to the outlet’s sources, supplies of Western armor would present a number of technical problems.

According to US officials, Ukrainian advisers, and congressional aides, Kiev urgently wants American-made M-1 Abrams and German-made Leopard tanks to mount new offensives against Russia. However, officials in both countries have been reluctant to greenlight the deliveries due to training and logistical issues.

“These are not rental cars, there’s a lot that goes with it,” retired Lieutenant General Ben Hodges, the former commander of US Army Europe, told the outlet, adding that “hundreds of additional things” need to accompany the tanks.

POLITICO noted that M-1 tanks completely differ from the Soviet-era armor Kiev’s forces have used. One unnamed US official told the outlet that it would be difficult to send Ukraine not only the tanks, but also the parts to maintain them.

“You don’t want to give them something that’s going to break down and run out of gas and they can’t refuel them,” he said.

According to the official, German Leopards present fewer challenges because they are similar to the tanks Kiev already operates and do not consume as much fuel as the Abrams.

Earlier this month, however, Berlin declined to send Leopard 2 tanks to Ukraine. Defense Minister Christine Lambrecht explained that no other country has delivered Western-made armor or infantry fighting vehicles to Kiev, and Germany “will not take such action unilaterally”.

The US has so far committed around $16 billion in security assistance to Ukraine since President Joe Biden took office, supplying Kiev with large quantities of military equipment, including Javelin anti-tank missiles, High Mobility Artillery Rocket Systems (HIMARS), dozens of howitzers, and hundreds of drones.

Moscow has stated on numerous occasions that the weapon supplies from Washington and its allies will only prolong the conflict in Ukraine and increase the risk of direct confrontation between NATO and Russia.