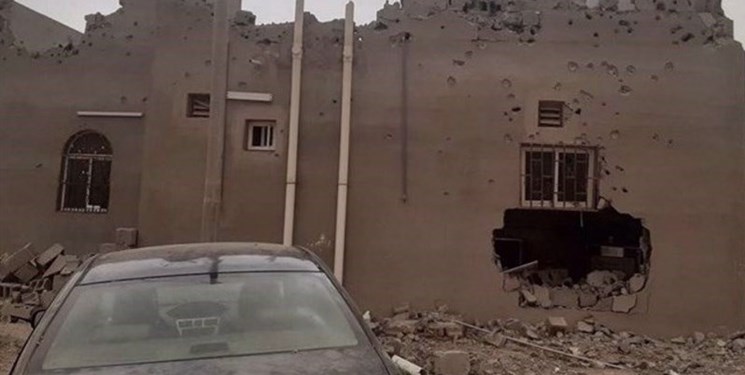 TEHRAN (FNA)- A Saudi court sentenced three members of the Howeitat, a tribe forcibly ejected to make way for the $500-billion Neom project, to death for resisting displacement.

Shadli, Atallah, and Ibrahim Al-Howeiti were arrested in 2020 for opposing the eviction of their tribe for the project and were handed down death sentences on October 2 by Saudi Arabia's Specialized Criminal Court (SCC), according to UK-based rights group Alqst, presstv reported.

“On October 2, the SCC sentenced Shadli (brother of Abdul Rahim Al-Howeiti), Ataullah & Ibrahim Saleh Al-Howeiti to death. The family members were detained in 2020 for opposing eviction to make way for Neom.  We condemn the sentences and call for their release," Alqst said in a tweet.

In August,  Abdulilah Al-Howeiti and Abdullah Dukhail Al-Howeiti, two other members of the family, were given 50-year prison terms and 50-year travel bans for supporting their family's refusal to be evicted from their homes in the Tabuk province.

Salma Al-Shehab, a Leeds University student and mother of two, and Nourah bint Saeed Al-Qahtani, a mother of five, were given lengthy sentences of 34 years and 45 years respectively over tweets critical of the Saudi government.

According to the rights organization, also Osama Khaled, a writer, translator, and computer programmer, was sentenced to 32 years over "allegations relating to the right of free speech".

Adel Al-Saeed, vice president of the European Saudi Organization for Human Rights, said on twitter that  death penalty is being used "in an unprecedented way to include all forms of objection to government decisions".

He went on to say that using death penalty as a political tool to subjugate citizens shows that the kingdom does not plan to reverse its use of punitive death sentences.

"It also shows that Mohammad bin Salman sees the international situation and the need for energy as an appropriate environment to pass his unjust sentences at the lowest possible cost," he further explained.

The scale of abuse has increased, and the human rights situation has sunk to its worst level in decades since bin Salman came to power in 2017.

Not only did the kingdom carry out wide-scale arrests and harsh jail sentences, but it also placed victims under travel bans once their jail terms are completed, and their family members are routinely harassed. Sometimes prisoners have been killed, either deliberately or by being singled out for medical and administrative neglect.

The most shocking case was the murder of journalist Jamal Khashoggi in the Saudi consulate in Istanbul on October 2, 2018, who was an outspoken critic of both Washington and Riyadh. The killing of Khashoggi sparked global outrage and put pressure on the Saudi prince, who had approved the operation to kill or capture Khashoggi.

Khashoggi entered the consulate in October 2018 by appointment to obtain papers. He never emerged and his body was never found.