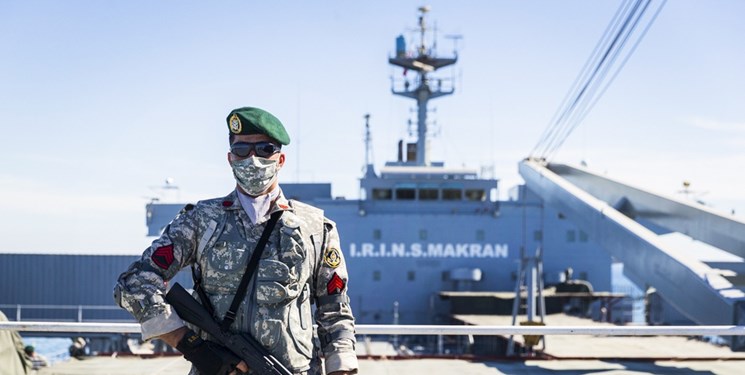 TEHRAN (FNA)- Commander of the Iranian Army’s Navy Rear Admiral Shahram Irani confirmed the seizure of 2 US unmanned vessels by the country's naval forces during a mission in the high seas for violating international maritime law.

Addressing a welcoming ceremony for the 84th Naval Fleet at the end of its 86-day mission to international waters on Friday, Irani said the sea drones were seized for posing threats to the safety of maritime traffic.

"The US should know that it must comply with international laws of navigation," the Navy commander stated, adding that Iran, with its powerful presence in the region, will respond decisively to any move that endangers the security and safety of shipping.

Irani also commented on the mission of the 84th Fleet, noting it managed to carry out escort operations and establish maritime security at the highest possible level thanks to its powerful presence in the depths of the oceans, especially in the Red Sea.

In early September, the Iranian Navy’s Jamaran destroyer seized two US maritime drones and then released them in the Red Sea in order to prevent naval incidents in the international shipping lane, warning Washington to avoid repeating similar incidents.

Iran has carried out numerous operations in recent months against fuel smuggling in the Persian Gulf. The naval forces have succeeded in escorting and protecting thousands of oil tankers and commercial ships in international waters in recent years.

Tehran stresses the presence of the trans-regional forces has been a cause of tensions in the region, but says the country's forces are closely monitoring the entire region. Iranian military officials added that peace and security in the region can be achieved through cooperation among the regional states and in absence of foreigners.

Back in July, Commander of the Islamic Revolution Guards Corps (IRGC) Navy Rear Admiral Alireza Tangsiri declared Iran's full preparedness to fight off any plot of enemies against Tehran at its birth, stressing that the country's forces will teach a painful lesson to foes in case they launch any act of aggression against Iran.

“If the enemy takes any foolish measure to foment sedition or carry out an act of aggression against the Islamic establishment, we will respond in a way that would teach them and their allies a painful lesson and will nip that plot in the bud,” Rear Admiral Tangsiri said.

He added that the IRGC naval forces, which are deployed in the islands and along the operational routes of the elite force, maintain their combat readiness at the highest level in order to be able to carry out the most difficult missions at any time.

The senior Iranian commander noted the neighboring countries in the region enjoy the capability to ensure security in the important Persian Gulf region, emphasizing, "There is no need at all for the presence of foreign countries who want to be here with the justification of providing security."