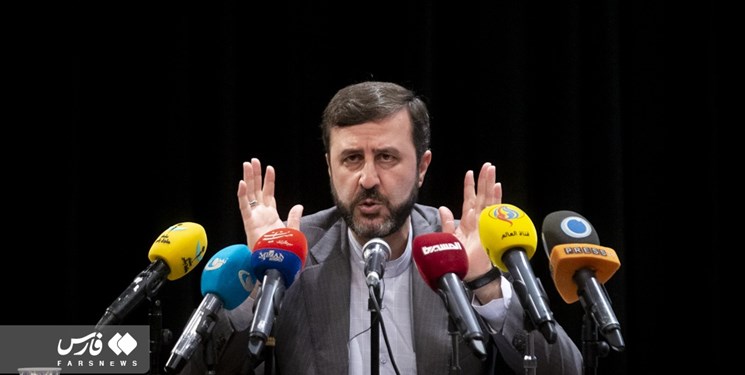 "Due to the United States’ meddling and direct role in recent riots, the Justice Department of Tehran has been tasked to file a lawsuit in order to investigate into the damages and meddling inflicted by the US’s direct involvement in the unrest," Qaribabadi stated on Saturday.

As to the destructive role of TV networks such as Iran International and BBC Persian in inciting protestors to destroy public and private properties as well as training them to embark on terrorist acts, he noted that the two TV networks and their personnel should be added to the list of terrorist groups and individuals, so Tehran is preparing documented cases on their anti-Iran attempts, which would be pursued by Iranian and foreign judiciaries in the near future.

"The roles of countries such as the UK and Saudi Arabia that host and support the TV networks will not be ignored by the Islamic Republic’s judiciary system," the senior official continued.

All diplomatic figures and sites are expected to be protected from any harm and damage; thus, the hosting country should do whatever needed to protect them and prevent any attack on diplomatic buildings or staff," the secretary of Iran's high council for human rights went on to say that

"The countries, where Iranian diplomatic sites or personnel have been attacked, should abide by their commitments under international law and prosecute the perpetrators of such attacks or extradite the offenders to Iran on the basis of the 1973 Convention," the human rights chief added.

Protests erupted in several cities across Iran over the death of Mahsa Amini, a 22-year-old Iranian woman who fainted at a police station in mid-September and days later was pronounced dead at a hospital. The demonstrations soon turned violent. A special committee has been established to investigate different aspects of her tragic death.

Iranian officials blame Western countries for orchestrating the riots to destabilize the country.

Supreme Leader of the Islamic Revolution Ayatollah Seyed Ali Khamenei severely censured the deadly riots, saying they were orchestrated in advance by the United States and the Israeli regime.

“I state it clearly that these developments were planned by America, the Zionist regime and their acolytes. Their main problem is with a strong and independent Iran and the country’s progress. The Iranian nation proved to be fairly strong during recent events and will bravely come onto the scene wherever necessary in the future,” he added.

In recent days, Iranian officials have blamed the United States, the European Unions, and several Western states for meddling in Iran's internal affairs over the death of Mahsa. They advised the US and its allies against "opportunism and instrumentalization of the issue of human rights" by misusing the incident.

Tehran reminded that the countries, which, themselves, towed a "long history of warmongering and violence" throughout the world, lacked the legitimacy that could authorize them to "moralize others" concerning the human rights.