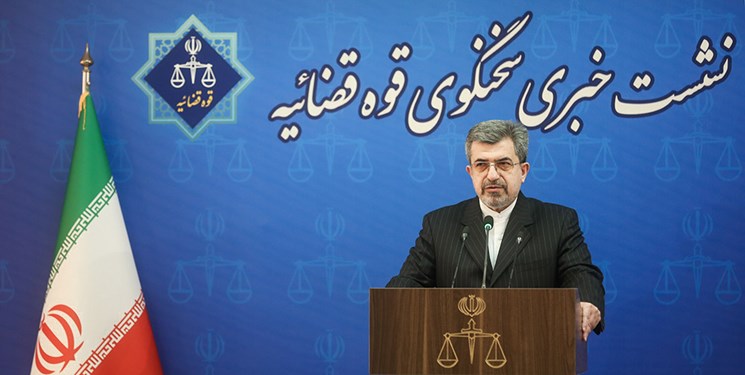 In his weekly press conference on Tuesday, Setayeshi noted that "the case is very significant with intensive dimensions".

“Various precious and strategic information” has been extracted from the defendants, Iran's Judiciary Spokesperson stated.

"The French nationals and the people connected with them are facing charges of espionage as well as assembly and collusion to act against national security," he added.

In mid-May, Iran announced detention of two French nationals who practiced espionage operations and sought to foment chaos in the country.

The Iranian Intelligence Ministry said that its forces have arrested Cécile Kohler, 37, and Jacqeus Paris, 69, for attempting to stoke chaos and social disorder in Iran during protests by teachers.

The two French nationals traveled to Iran in late April as tourists but turned out to be spies for the Western agencies.

The duo attempted to foment instability and social disorder in late May when some teachers took to the streets in peaceful demonstrations to demand fair wages and better working conditions, according to the intelligence ministry.