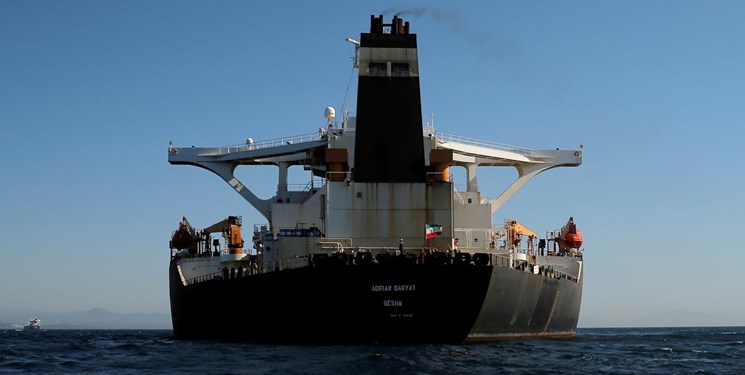 TEHRAN (FNA)- Iranian Government Spokesman Ali Bahadori Jahromi said that Tehran has set a record in export of oil and gas condensates in the recent month despite the US sanctions.

Bahadori Jahromi made the remarks at his weekly press briefing in Tehran on Tuesday.

A decrease in the growth of liquidity is an indication of the country's success in bringing inflation under control, the spokesperson continued.

The official went on to say that the 60 percent growth in foreign income was achieved during the first ten months of the Iranian calendar year (starting on March 21, 2022).

The government spares no effort to foil the sanctions and take measures to remove them, he said, adding that the government will not tie the country’s economy to the issue of sanctions.

As he stressed, the key to removing the problems is inside the country.

President: Iran Not to Tie Economy to Frowns or Smiles of Othershttps://t.co/kf5yLc0bOV pic.twitter.com/cK02XxL9hr

Iranian officials say the country has made progress in energy sector despite the harsh US sanctions, and note that Washington has been defeated in the maximum pressure policy against Tehran.

Back in late October, Iranian President Seyed Ebrahim Rayeesi confirmed that the country's oil exports has come closer to the figures prior to the re-imposition of the US sanctions.

"The enemy had explicitly announced that it would try to reduce Iran's oil sales to zero. But today, Iran’s oil export has been reaching the statistics prior to the 2018 sanctions," the president declared.

"The foes had tried a lot to stop the country's scientific, industrial, production and service activities in the country and cut Iran's connection with other countries but their plots were doomed to failure," he noted.

In quitting the 2015 nuclear deal, former President Donald Trump restored sanctions on Iran as part of what he called the “maximum pressure” campaign against the country. Those sanctions are being enforced to this day by the Joe Biden administration, even though it has repeatedly acknowledged that the policy has been a mistake and a failure.

Tehran says it will not be able to trust Washington as long as President Biden continues the wrong policy of maximum pressure and sanctions practiced by Trump against Iran.

Iranian officials say the Biden administration has yet done nothing but hollow promises to lift sanctions against Tehran. They blast the US addiction to sanctions, and slammed the POTUS for continuing his predecessor's policy on Iran.