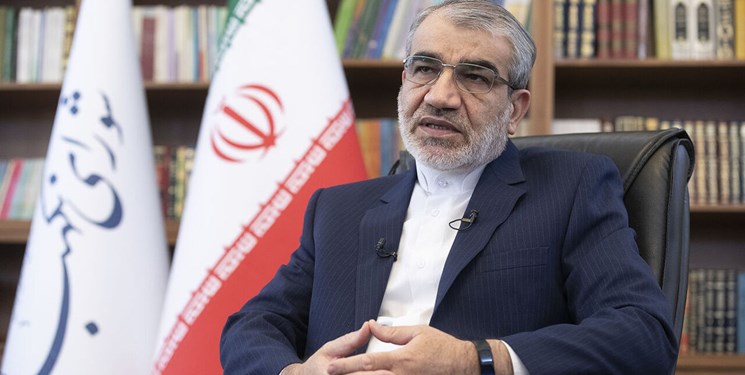 TEHRAN (FNA)- Under international agreements as well as customary law, assassination of foreign officials, official guests, or internationally protected persons is illegal and many countries around the world have criminalized it in their criminal laws.

For instance, the United States Code of Crimes and Criminal Procedure in Section 1116 of Chapter 51 which includes crimes related to "murder" provides: “Whoever kills or attempts to kill a foreign official, official guest, or internationally protected person shall be punished as provided under sections 1111, 1112, and 1113 of this title”.

Thus, with respect to the legal status of internationally protected persons under domestic and international laws, the assassination of a foreign official or official guest is not only an example of violation of the domestic law of most countries, but also any failure of courts to try the perpetrators of these crimes is a violation of anti-terror conventions, especially the 1973 Convention on the Prevention and Punishment of Crimes against Internationally Protected Persons, including Diplomatic Agents. In such a situation, the victim's government, in the capacity of asserting its rights, can take action to try the perpetrators of such a crime in its domestic courts.

But the assassination of a foreign official by a government, often in addition to violating the domestic law, is also considered an international criminal act which will provide countermeasures for the victimized government. This is while the United Nations Charter, in order to prevent the occurrence of any war, has emphasized on principles such as the prohibition of intervention, the right to sovereignty and the non-use of force, as the fundamental and key concepts of international law and the foundations of this historical document.

According to reports by the Security Council Counter-Terrorism Committee, the main cause of terrorism is actions that lead to the violation of political independence, sovereignty and political integrity of countries, as well as the widespread and systematic violation of human rights.

The United Nations General Assembly Resolution 40/61 explicitly condemns all acts, methods and methods of terror as a criminal act regardless of the perpetrator or perpetrators (state or non-state actor).[2]

Killing and terrorizing civilians as well as organizing and encouraging such brutal acts have always been condemned by the international community as gross violations of human rights, and all mandatory international documents confirm the statement that governments are obliged to avoid any form of participation in acts of terror either by inciting or organizing them.

This is why the crime of assassination of a senior Iranian official and top anti-terror figure on January 3, 2020, by the United States is unprecedented and cannot be compared to any other assassination in the world.

So far, no country's military in the world has assassinated a foreign official, who is an internationally protected person, with drones and officially claimed responsibility for it. The US committed the first and most horrific and unprecedented crime in history.

The impropriety of America's action was such that shortly after this incident, Agnes Callamard, the special rapporteur of the United Nations, in her official report, called the US drone attack illegitimate and a violation of international human rights. She said, “This is the first time in history that a drone targets a foreign official on the territory of a third country. Targeting Soleimani will undoubtedly cause the international responsibility of the US government. This assassination shows that the American government does not even adhere to its own domestic laws; because with this action, it has practically violated its internal laws in accepting the right to life of people”.  [3]

It is worth noting that US is the only covenant-breaking country in the world which is an indication that this country holds no respect for its domestic law as well international commitments.

The assassination of Iran’s top anti-terror commander Lieutenant General Qassem Soleimani, in addition to violating the provisions of international agreements and customary law that the United States is committed to fulfilling, is also an example of violating the domestic law of crimes and criminal proceedings of this country.

Based on this, any failure and procrastination of the US government in not prosecuting the perpetrators behind the terror will not only result in the international responsibility of this government; rather, according to international documents, it will place Iran in the position of demanding and fulfilling those rights in any possible way.

endangers or takes innocent human lives or jeopardizes fundamental freedoms and study of the underlying causes of those forms of terrorism and acts of violence which lie in misery, frustration, grievance and despair and which cause some people to sacrifice human lives, including their own, in an attempt to effect radical changes : resolution / adopted by the General Assembly, 9 December 1985, A/RES/40/61

By: Dr. Abbas Kadkhodayee, Chairman of the Committee on General Soleimani's Assassination Case