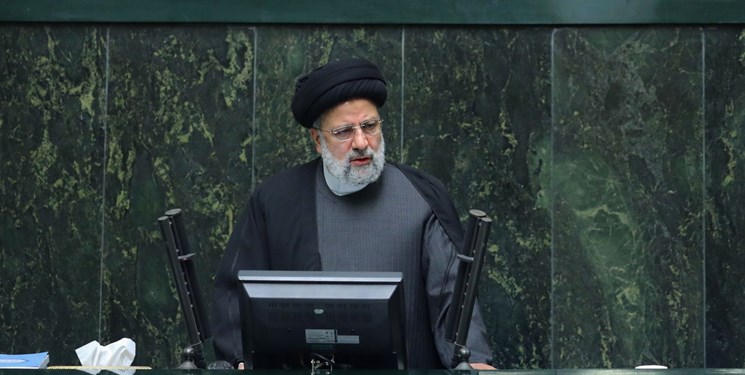 TEHRAN (FNA)- Iranian President Seyed Ebrahim Rayeesi submitted a bill to the parliament outlining a draft budget for the Iranian calendar year 1402, saying that his government's next year budget is aimed at growing economic stability, justice and efficiency of the ruling system.

President Rayeesi on Wednesday handed over the budget documents to the presiding board of the parliament more than a month before the legislative body is expected to vote on the budget to turn it into a law.

Addressing an open session of parliament, the Iranian president defended his government’s performance on the current fiscal year’s budget as he expressed hope that increased revenues could help the administration avoid any deficit until the end of the year in late March.

He also added that the government had successfully hit a target set in current year’s budget of creating nearly one million jobs.

Rayeesi noted that the budget bill is the most important financial document of the country and the government's view of the next year’s budget is growth with economic stability, justice and efficiency of the ruling system.

Iran's president stated that financial discipline and decreasing the inflation and unemployment rates are the focal point of the budget plan for the next year.

He went on to say that the enemies were trying to put pressure on us by using economic, psychological, media and political war as well as mobilizing commissions and international assemblies against the Islamic Republic, but they failed.

The US dollar continues to tumble against the rial after the Iranian government appointed a new governor of the Central Bank of Iran (CBI).

Prices of other major currencies also dropped in the unofficial market just as local news agencies and experts attributed the sudden decrease to a government decision in late December to appoint a new CBI governor which allowed for a change in the bank’s monetary and foreign exchange policies.

CBI’s new governor Mohammad Reza Farzin has said that the bank would introduce measures to support the rial, adding that the CBI will definitely intervene to control prices in the foreign exchange market.