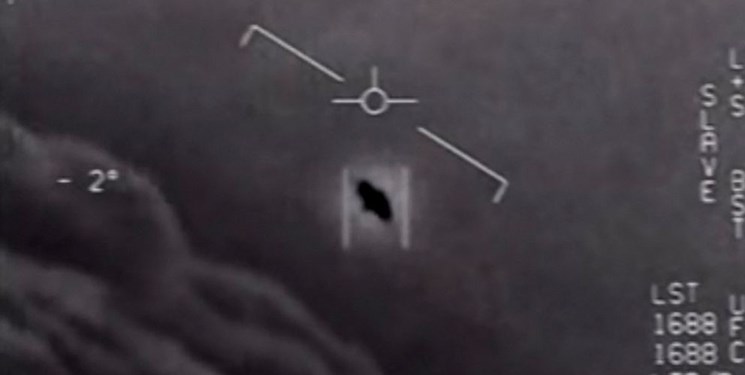 TEHRAN (FNA)- National security agencies are studying hundreds of new reports of UFOs, including many that appear to perform maneuvers that are highly advanced, the nation’s top intelligence official reported on Thursday.

In total, 510 “unidentified aerial phenomena” observed in protected airspace or near sensitive facilities have been compiled as of August of last year, according to the report to Congress from the director of national intelligence, POLITICO reported.

Of those, 366 were gathered since a preliminary assessment was published in 2021 — an increase attributed to a “reduced stigma” around reporting, and a better understanding of the intelligence and safety threats that the phenomena may pose.

More than half of those new sightings — most of which came from Navy and Air Force pilots — exhibit “unremarkable characteristics”, according to the report: 26 were characterized as drones; 163 were labeled balloons or “balloon-like entities”; and six were described as “clutter”.

That still leaves 171 sightings, however, some of which “appear to have demonstrated unusual flight characteristics or performance capabilities”, the report says. Few other details were provided about these unidentified entities, though the report noted that no US aircraft has ever collided with a UFO, and observing them has caused no adverse health effects so far.

The 12-page report, which does not detail when each of the sightings occurred, is an unclassified summary of a secret version that was delivered to Congress and was required by last year’s National Defense Authorization Act.

It is the latest installment in a growing campaign by Congress in recent years to force the military and spy agencies to take the sightings more seriously and better coordinate efforts to study them as a potential national security threat. Lawmakers also want agencies to be more forthcoming with information that has not been shared with oversight committees.

Other top officials have said in recent weeks that they have not uncovered any evidence so far that the unidentified vehicles are otherworldly in origin or indicate the existence of a non-human entity.

But they insist they are keeping an open mind.

“We have not seen anything that would … lead us to believe that any of the objects that we have seen are of alien origin,” Ronald Moultrie, undersecretary of defense for intelligence and security, told reporters at a briefing ahead of the report’s release.

“If we find something like that, we will look at it and analyze it and take the appropriate actions,” he added.

The Pentagon’s recently established All-domain Anomaly Resolution Office, which was mandated by Congress last year, is serving as the focal point for the governmentwide investigation.

“As a physicist, I have to adhere to the scientific method, and I will follow that data and science wherever it goes,” said Sean Kirkpatrick, director of the AARO.

But officials have also insisted that they are just at the beginning of a full-scale effort — drawing on multiple military and civilian agencies and government contractors — to study UFOs.

The DNI report also follows the passage of the National Defense and Intelligence Authorization Act for fiscal 2023, which dedicates 34 pages to aerial phenomena and mandates a series of additional steps for the Defense Department and intelligence agencies.

The latest legislation, which President Joe Biden signed in December, does not refrain from seeking answers to some of the most provocative and hotly debated questions that have swirled around the UFO topic for decades. Those include whether the government or its contractors have been secretly hiding crashed UFOs or whether personnel have suffered health problems after encounters.

It requires the Pentagon and DNI to create a secure system for reporting phenomena without fear of reprisal. That includes calling on people to come forward with any knowledge of retrieved materials from unidentified craft, or any secret efforts to reverse engineer UFO technology.

“We want to make sure service members, and other members of the military, that when they come forward with data and information and videos, that they can accurately give this information without having their careers suffer and being dismissed or disregarded in some way,” Sen. Kirsten Gillibrand (D-N.Y.), a member of the Armed Services and Intelligence committees who has been a leading sponsor of recent UFO legislation, told “The Brian Lehrer Show” on December 21.

The new defense bill also requires the AARO to deliver, within 18 months, a historical record on government UFO efforts dating to 1945, including “any program or activity that was protected by restricted access that has not been explicitly and clearly reported to Congress.”

“That is going to be quite a research project, if you will, into the archives and going backwards in time,” Kirkpatrick said.

Top Pentagon officials also insist they are committed to trying to unearth any buried secrets about UFOs that national security agencies have been accused of shielding even from congressional oversight committees and top officials in the executive branch.

“We are going back and trying to understand all the compartmented programs that this department has had,” Moultrie said.

The newly signed legislation also mandates an intelligence collection and analysis plan to study characteristics, origins and intentions of the vehicles.

Kirkpatrick said the Pentagon office is developing “a focused collection campaign using both traditional and nontraditional sources and sensors”.

That includes building a team of experts from within DoD, at NASA, CIA and other agencies, as well as from the private sector.

NASA is also stepping up its efforts to assist the overall investigation. The space agency established an independent study team in October, including leading academics, computer scientists, oceanographers, space industry executives and others.

One focus is to determine whether any of its satellites or other space sensors have picked up any UFO activity.

“Our sensor data, looking back at Earth, on this particular satellite, does it have any information that would clarify what that object is as identified by others?” NASA Administrator Bill Nelson said in a recent interview.

The NASA panel is scheduled to issue its own report in July.