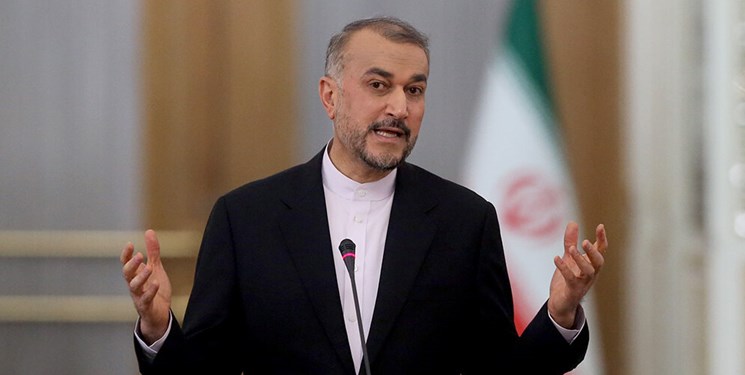 TEHRAN (FNA)- Iranian Foreign Minister Hossein Amir Abdollahian censured the European Parliament for its emotional and unprofessional step to draft a resolution to designate the Islamic Revolution Guard Corps (IRGC) as a foreign terrorist organization, and further warned against the negative consequences of such a decision for the European states.

In a Thursday phone conversation with European Union Foreign Policy Chief Josep Borrell, the Iranian minister strongly criticized the European Parliament’s “emotional, injudicious, incorrect and unprofessional” behavior, which is in conflict with political rationality and civility.

“It is necessary to respect mutual security in the world of diplomacy and increase mutual trust instead of following the language of threats and unfriendly actions,” Amir Abdollahian said, vowing retaliation.

Iran has repeatedly announced that the IRGC is an official state body which “has had and will continue to have an important and key role in ensuring the security of Iran and the region, particularly in the fight against terrorism”, he added.

The top diplomat emphasized that Iran’s Parliament would give a “legal and strong” response to the plan and urged the European Parliament to “think about the adverse consequences of its emotional; behavior and to focus instead on the path of diplomacy, constructive interaction and rationality.”

Borrell, for his part, said he agreed that the European Parliament’s text included emotions and worries, but the body is completely independent in decision-making.

The decisions are, however, non-binding and the recent measure merely reflects Europe’s concerns, he added.

The EU foreign policy chief hailed diplomatic efforts which are underway to revive the 2015 Iran deal, formally known as the Joint Comprehensive Plan of Action (JCPOA), and vowed to continue his bids to help the sides achieve a final agreement.