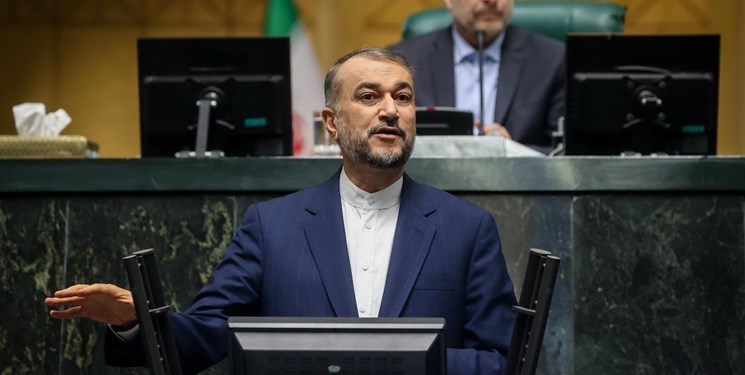 TEHRAN (FNA)- Iranian Foreign Minister Hossein Amir Abdollahian warned on Sunday that the EU would shoot itself in the foot by listing the Islamic Revolution Guards Corps (IRGC) as a foreign terrorist entity.

Referring to his presence in a closed session of the Iranian parliament on Sunday, Amir Abdollahian warned that Tehran will respond to the European Union Parliament’s blacklisting of the IRGC.

"The European Parliament shot itself in the foot by proscribing the IRGC in a vote held earlier this week," the top diplomat wrote on Twitter.

“The Majlis plans to reciprocate by including army elements of the European countries in (Iran’s) terrorism list,” the minister said, adding that parliament members had appreciated efforts by the IRGC to protect Iran’s national security.