Iran Rules Out Face-to-Face Negotiations with US 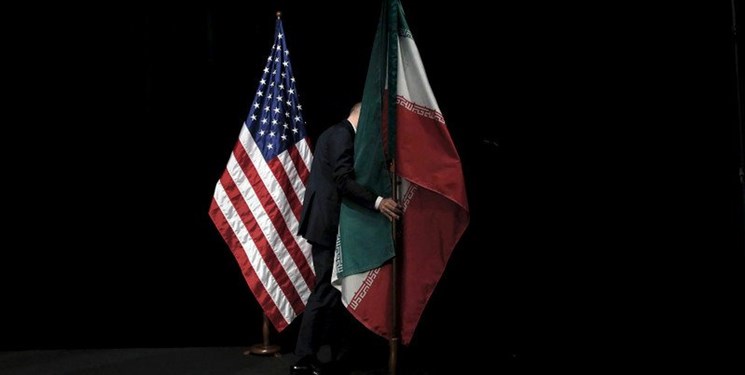 TEHRAN (FNA)- Iranian Foreign Ministry Spokesman Nasser Kana'ani confirmed on Monday that Tehran and Washington are exchanging messages underway via various channels, but ruled out holding direct talks with the US at any levels.

Reacting to reports of talks between Iran's Ambassador and Permanent Representative to the UN Amir Saeed Iravani and Joe Biden administration's Special Representative for Iran Robert Malley, Kana'ani noted that Tehran is holding no direct bilateral talks with Washington.

The Iranian diplomat told reporters, however, that messages on the talks for removal of the anti-Iran sanctions are being exchanged with the US through different channels.

Tehran has announced that no direct negotiations have been held between Iran and the United States over various issues, including the nuclear negotiations as well as prisoner swap.

"The nuclear issue is a topic in which Iran as well as the US government and European members of the Iran nuclear deal, JCPOA, have interests, therefore all sides are determined in the negotiations," the spokespersoan added, referring to the Joint Comprehensive Plan of Action.

"They [Americans] have repeatedly stated that the nuclear negotiations is not their priority, noting that their priority is iran's internal developments. What they say is inconsistent with what they do," he stated.

"US support for instability and insecurity in Iran is a blatant illegal interference in Iran's domestic affairs and is seen as betting on the wrong horse," the senior official continued.

"Pursuing political agenda with the aim of gaining concessions in the negotiations will certainly not work, and Iran will not cross its red lines," Kana'ani emphasized.

Regarding the issue of exchange of prisoners between Iran and the US, Kana'ani said the two sides reached agreements in this regard, but Washington has tied the issue to the revival talks of the JCPOA.

“Iran is seriously keen that necessary measures be taken so Iranian prisoners held in US jails who have been arrested on baseless accusations and pretexts, including bypassing the US’ unjust sanctions imposed on the Iranian nation, can be freed as soon as possible,” he added.

Iran stresses it has not quit the negotiating table with the world powers, but will not put all its eggs in the negotiation basket and will not wait for the United States to return to its commitments under the 2015 agreement. Iranian officials stress Tehran has maintained its constructive attitude towards a good, strong and lasting agreement on the revival of the accord and arriving at a deal requires the US pragmatic attitude.

Tehran says it will not be able to trust Washington as long as President Joe Biden continues the wrong policy of maximum pressure and sanctions practiced by Donald Trump against Iran. Iranian officials say the Biden administration has yet done nothing but hollow promises to lift sanctions against Tehran. They blast the US addiction to sanctions, and slammed the POTUS for continuing his predecessor's policy on Iran.

Tehran and the five remaining parties to the nuclear deal have held several rounds of negotiations since April 2021 to restore the agreement, which was unilaterally abandoned by Trump in May 2018.

The talks remain stalled since August 2022, as Washington continues to insist on its hard-nosed position of not removing all sanctions that were slapped on Tehran by the previous US administration.

Diplomats have also criticized Washington for raising excessive demands from Tehran during the nuclear talks, and blocking efforts to reach an agreement on the JCPOA. They emphasized that the US should lift unilateral sanctions, and assure Iran that it will not repeat its past mistakes.

Officials say although some progress has been made, there are still outstanding issues that need to be resolved before a final deal could be attained. They warn that Tehran has its own "Plan B" and it will go into effect if Washington fails to make a political decision to revive the 2015 agreement.