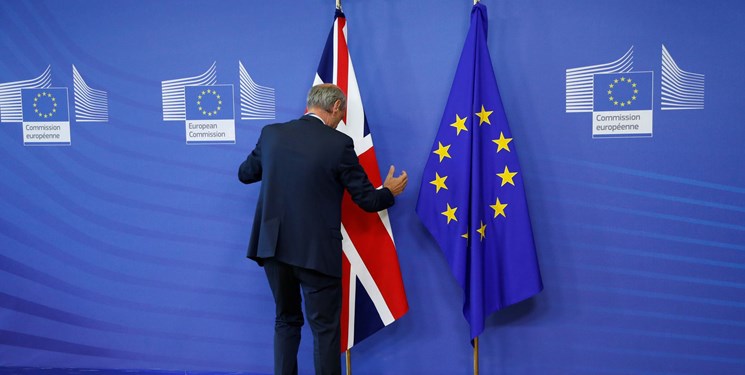 TEHRAN (FNA)- Iran's Foreign Ministry Spokesman Nasser Kana'ani strongly condemned the new round of sanctions imposed by the EU and the UK against Iranian officials and institutions, and said that the action reflects their confusion in dealing with Tehran.

The West on Monday stepped up pressure on Iran over alleged human rights violations as the United States, the European Union and the United Kingdom imposed fresh sanctions on Tehran.

Kana'ani said on Tuesday that the move by the EU and the UK regime indicates "their intellectual disability in understanding realities in Iran" as well as "their confusion in dealing with the authority of the Islamic Republic".

He also described the recent sanctions by Europe and the UK against certain Iranian lawmakers, as well as judicial, military, law enforcement and cultural officials, as "a sign of their desperation, frustration, and annoyance", which has its roots in their abject failure in creating insecurity in Iran despite several attempts and heavy prices.

"They know very well that sanctions will not affect the Iranian nation’s determination to stand against foreign intervention and plots," the spokesperson added.

The diplomat concluded that Iran reserves its right to embark on reciprocal acts in the face of such failed policies, and it would announce a list of new sanctions on "violators of human rights" and "promoters of terrorism" in the EU and the UK.

The European Union on Monday imposed a fourth package of sanctions on Iran following a meeting of the bloc’s foreign ministers in Brussels, targeting 18 individuals, including Iran's Sport Minister, and 19 entities. The latest sanctions bring to 173 and 31 the number of Iranian individuals and entities blacklisted by the EU, respectively.

The US and the UK have also imposed sanctions on more Iranian individuals and entities on Monday.

The Iranian Foreign Ministry has in recent added dozens of EU, Americans and British officials and institutions to Tehran’s blacklist of sanctions over their support for terrorism and instigation of deadly unrest in the country.

Protests erupted in several cities across Iran over the death of Mahsa Amini who fainted at a police station in mid-September and days later was pronounced dead at a hospital. The demonstrations soon turned violent.

Iranian officials blame Western countries for orchestrating the riots to destabilize the country.

The unrest has claimed the lives of dozens of people and security forces, while also allowing acts of terror and sabotage across the country. Iran's Interior Ministry has confirmed the enemy waged a hybrid war against the country to weaken national solidarity and hinder the country's progress, stressing that some 200 people lost their lives in the riots sparked by separatist and terrorist groups.

The US, the UK and the European Union (EU) have imposed a slew of sanctions against Iranian individuals and legal entities since the September death in police custody of an Iranian woman. Iran has returned the adversarial measures and meddlesome statements with sanctions against European, American and British officials and institutions.