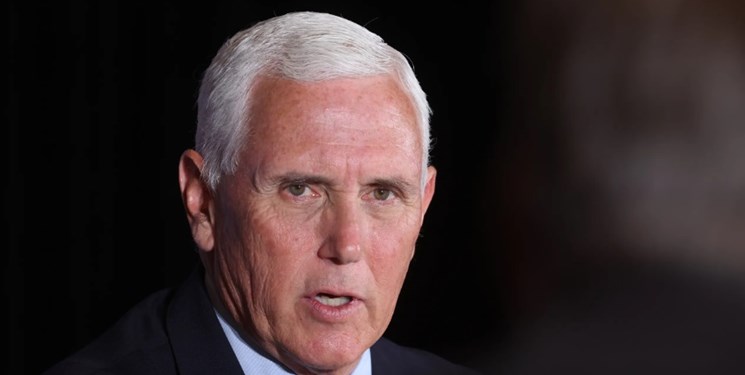 Pence’s team notified the National Archives last Wednesday that a small number of documents were “inadvertently boxed and transported” to the former vice president’s home at the end of the last administration. Pence was “unaware of the existence of sensitive or classified documents at his personal residence”, his lawyer wrote to the Archives, The Hill reported.

The findings at Pence’s residence come as President Biden faces mounting criticism, which had also come from Pence, over the discovery of classified materials at Biden’s old office at a Washington, D.C., think tank and at his Delaware home.

Greg Jacob, the attorney representing Pence, wrote to the Archives that Pence used outside counsel with experience handling classified documents to review records stored at his personal home after several classified documents were found at Biden’s home earlier this month.

Lawyers conducting the search found “a small number of documents that could potentially contain sensitive or classified information interspersed throughout the records.”

Pence’s team was unable to provide an exact number of documents recovered or additional descriptions of the materials because they were locked away until they could be turned over to the National Archives.

In a Sunday letter to the Archives, Jacobs explained that FBI agents came to Pence’s home on Thursday night to collect the documents that had been stored away. He indicated that Pence agreed to turn over the two boxes with materials containing classified markings, as well as two other boxes with copies of administration records.

Jacobs expressed confidence that a thorough review would find the majority of documents in all four boxes were copies of records that had already been sent to the Archives.

The findings at Pence’s home make him the third former or current top US official to have stored classified materials from his time in office at his home, following Biden and former President Donald Trump. The Presidential Records Act requires presidents and vice presidents to turn documents over to the National Archives for proper preservation after their elected terms end.

In a post on his Truth Social platform responding to the latest classified documents news, Trump said his former vice president “is an innocent man”.

“He never did anything knowingly dishonest in his life,” Trump said, adding, “Leave him alone!!!”

While Biden and Pence notified the Archives and turned the materials over, Trump was uncooperative with federal officials after they requested he return documents stored at his Mar-a-Lago estate in Florida. The fight culminated in an FBI search at the estate in August, and the Justice Department has appointed a special counsel to investigate Trump’s handling of classified materials, as well as his actions surrounding the Jan. 6, 2021 Capitol attack.

Pence was asked in Iowa last summer in the wake of the FBI search whether he had retained classified information upon leaving office.

“No, not to my knowledge,” he said at the time.

CNN first reported that documents with classified markings were found at Pence’s home.

Pence has been among the Republicans criticizing Biden in recent weeks over the discovery of classified documents at his old office and his Wilmington home from Biden’s time as vice president and as a Delaware senator.

Pence praised the decision to appoint a special counsel to investigate Biden’s handling of the documents, arguing it would have been a double standard to name one for Trump’s case but not the current president’s.

The former vice president was also critical of the Biden White House for waiting roughly two months to disclose that it found classified materials at the president’s old office from the time they were first discovered on November 2, 2022.

Pence is weighing whether to run for president in 2024, having visited early voting states including Iowa, South Carolina and New Hampshire frequently over the past year.

It’s unclear whether Tuesday’s disclosure will affect his standing with voters, but some were quick to highlight how his handling of the documents compared to Trump.

“This discovery by Pence’s attorney is a very interesting reinforcement of the contrast between how Biden & Pence are properly cooperating and returning documents versus Trump stealing them, hiding them, and obstructing justice into their return,” said David Brock, president of Facts First USA.