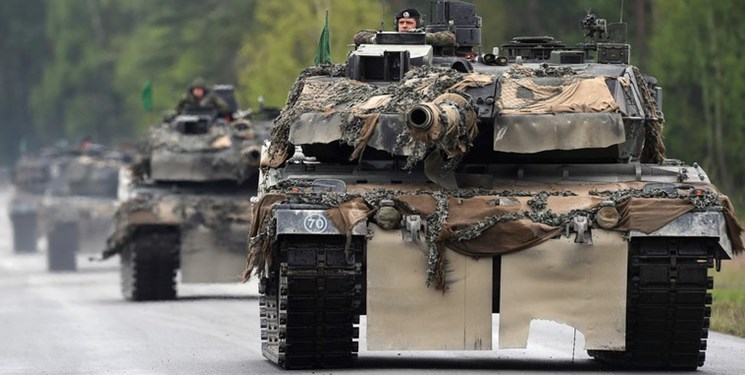 TEHRAN (FNA)- Germany's decision to send Leopard 2 tanks to Ukraine is extremely dangerous and takes the conflict to a new level of confrontation, the Russian Embassy in Berlin said on Wednesday.

"This extremely dangerous decision takes the conflict to a new level of confrontation and contradicts the statements of German politicians about the unwillingness of Germany to be drawn into it," the embassy said in a statement.

This proves once again that Germany, as well as its closest allies, is not interested in a diplomatic solution to the Ukrainian crisis, and is set up for its permanent escalation and unlimited pumping of Kiev with more and more deadly weapons, the statement read.

"The choice of Berlin means the final refusal of Germany to recognize the historical responsibility to our people for the terrible, timeless crimes of Nazism during the Great Patriotic War," the embassy added.

The decision of the German government to send its Leopard 2 tanks to Ukraine hinders the normalization of relations between Russia and Germany, Russian Ambassador to Germany Sergey Nechaev said.

"It (decision) destroys the remnants of mutual trust, causes irreparable damage to the already deplorable state of Russian-German relations, casts doubt on the possibility of their normalization in the foreseeable future," Nechaev said in a statement.